Blog
You are here: Home / Blog / social innovation / What is an L3C? (Low-Profit Limited Liability Company)

If you’ve been following Innov8Social, you will have noticed a number of posts on benefit corporations. They are a new legal structures passed by a handful of states that are hybrid forms of business—entities that are for-profit and which aim to benefit society and the environment.

And you will have seen posts about flexible purpose corporations. Unique to California, this new type of business lets companies define a ‘special purpose’ such as a charitable or public purpose.

The first was the L3C, which was made its debut in Vermont in 2008—two years before the first benefit corporation bill was passed in Maryland.

L3C’s retain the protection of traditional LLC’s, such as limitation of personal liability of owners. And, like LLC’s, the company is not taxed like a corporation—with taxes, instead, flowing to individual members.

The legislation required to enact L3C is an amendment to a state’s current LLC legislation, rather than a separate bill.

One of the key reasons for the creation of the L3C was to simplify investment to social businesses by foundations. To invest in a for-profit enterprise, private foundations must invest in IRS sanctioned program-related investments (PRI’s).

L3C’s aim to to streamline the process of approving a for-profit as a PRI by virtue of the outlined purpose of an L3C as being to serve a charitable purpose (like non-profit). However, L3C’s must request approval from IRS to be considered a PRI.

The Nonprofit Law blog outlines a few hurdles that L3C’s have faced. These include: 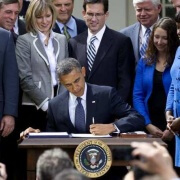 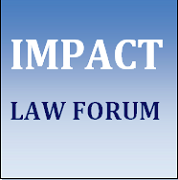