Why does social impact matter ?

The world is changing, and everywhere we look there seems to be a call to action.

On the horizon, we can see a world population that will reach eight billion people in the next decade—double what it was just fifty years prior.

Climate change, which has been recognized as a global concern by institutions ranging from the EPA to the Papacy, threatens with extreme weather patterns as well as a rise in sea level and impact on existing species.

Wealth inequity has a new definition as half of the world’s wealth is now owned by less than 1% of the global population, and we live in a time in which nearly 3 billion people struggle to survive on less than $2 a day and nearly 1 billion people don’t have enough food to eat. We live in a time in which girls globally are not afforded the same access to education, with 33 million fewer girls than boys attending middle school around the world.

Business and Law for Social Impact

As of the end of 2015, over 30 states or jurisdictions in the US have passed some form of social enterprise legal structure, with nearly 3,000 companies choosing to adopt these new legal structures.  Additionally, companies including Rally Software and Etsy that have aligned with the social enterprise movement through pursuing a “B corporation” certification have had an Initial Public Offering (IPO). Others, such as Laureate Education, have chosen to convert to a benefit corporation and also file an IPO.

As we stand at the edge of how things have always been done and how they can be done, we can see divergent but complementary forces: the pressing issues that affect our generation and most definitely will affect future generations and the intelligent, engaged, motivated army of problem solvers ready to do something about it.

Redefining Business to Include Social Impact

While the evolution of social entrepreneurship to this point has seen the carving out of a new kind of business and a vocabulary to define terms in this emerging space, the urgent need for leadership and innovation has the potential to be met by the most driven, largest, and most cross-functional social innovators and social entrepreneurs the world has ever known.

There is the potential to work beyond subjects of entrepreneurship and focus on redefining the future of business as a whole and to consider impact as a norm. There is the possibility of broadening the reach of social entrepreneurship by absorbing its core attributes into the character of business itself. Instead of being “social entrepreneurship,” the values of measuring, reporting, and expanding impact could become part of the way we understand, assess, and measure the success of industries across the board—making it part of “business as usual.”

How Can We Reach Our Collective Impact Potential

This massive potential—this meeting of what we need and what we are capable of giving, of limitless possibility and urgent problems, of compounding concerns and creative and committed problem solvers—to me encapsulates the essence of why social entrepreneurship matters. I have no doubt that it has the ability to not only transform our lives individually, but to collectively change the world. 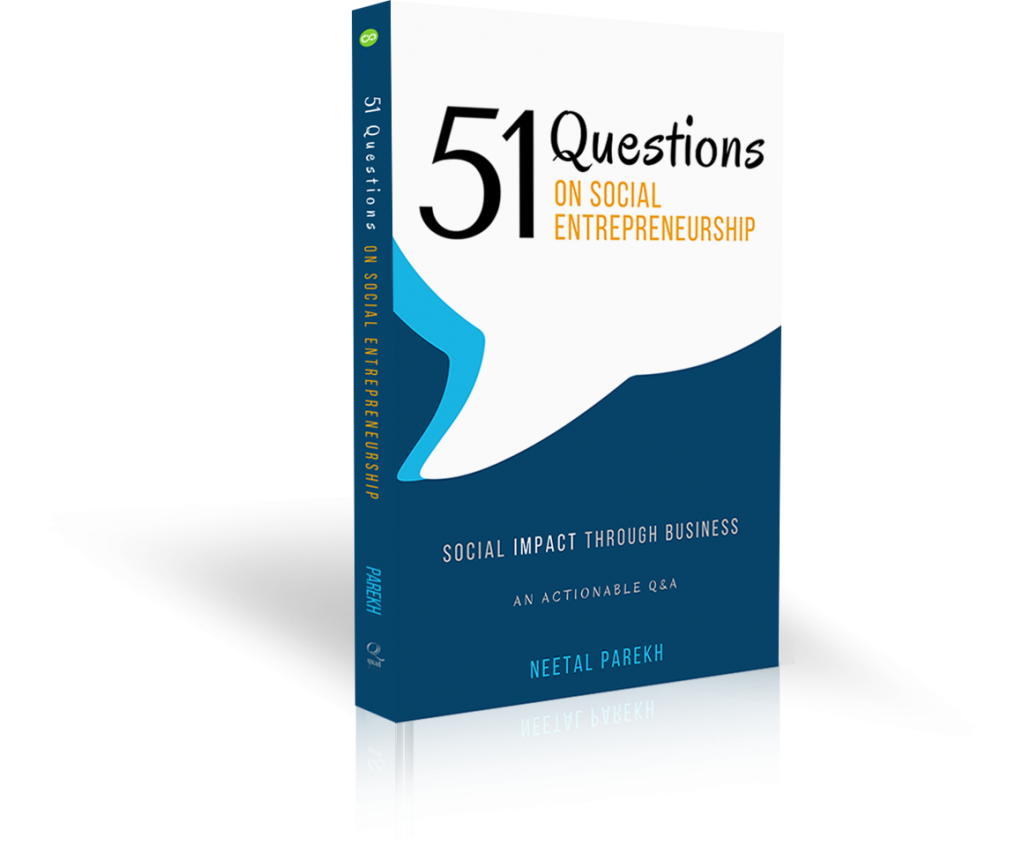 This is an abridged excerpt from the book, “51 Questions on Social Entrepreneurship” by Neetal Parekh. You can learn more and buy the entire book—which is told as a story of three aspiring social entrepreneurs and which dives into key aspects of social entrepreneurship including defining the space, legal structures, securing funding, and measuring impact at 51questions.com 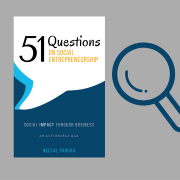 What is a social business - is it the same as a social enterprise?

I am a student—where can I go to learn about and apply for social innovation fellowship programs?

How can social enterprises raise funds?

What do you have to do to become a social enterprise?

What is the difference between CSR and social enterprise?

What are drawbacks of incorporating as a hybrid legal structure?
0 replies