In this episode we go to New Delhi, India, to talk to Nidhi Singh, a reporter-turned ecofashion designer-turned media founder about her impact journey and about India’s new CSR initiative that requires companies of a certain size to contribute to corporate social responsibility. It’s the only country to pass this kind of law, and now with over a year since its introduction we get to hear about how that is creating impact.

Listen to the Podcast Episode 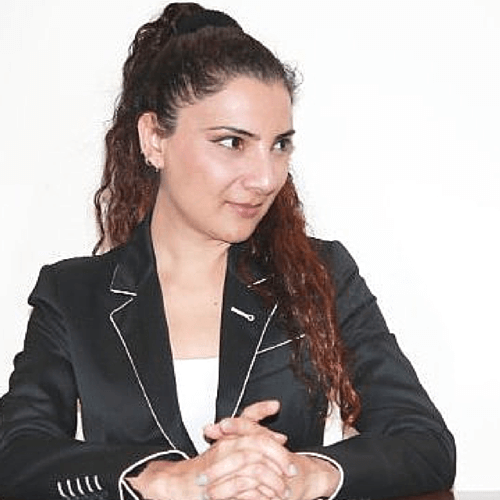 Nidhi is an experienced television journalist, broadcaster, and entrepreneur. She has reported for well-known Indian news stations including Star News, reporting on lifestyle, fashion, and trends.

This led to founding Indigreen— a fair-trade, organic clothing label and then launching The Green People of India (TGPI), a collective of sustainable enterprises in the country.

She is the Founding Executive Editor of CSRlive.in–based in New Delhi India– which is developing as a dynamic platform for news, discussion, and trends in global corporate social responsibility.

January 22, 2016/0 Comments/by neetal
https://www.innov8social.com/wp-content/uploads/2016/01/square-headshots-5-4.png 500 500 neetal https://www.innov8social.com/wp-content/uploads/2018/05/innov8social_logo_gray1.1.png neetal2016-01-22 11:18:272016-01-22 11:18:27Meet Nidhi Singh, Executive Editor of CSRLive.In in India and Millennial Social Entrepreneur
As social innovators focus on ways to create, optimize, and measure impact, a natural question arises as to what kind of impact should be pursued. Should you set goals that are attainable and within reach? Or should you strive for impact that is far-reaching and is perhaps beyond what your startup or organization even has capacity to meet with its current resources?Darcy Winslow, a systemic change expert and visionary who introduced key sustainability measures within Nike, explained the nuances between planning for change and designing for transformation. She spoke at the inaugural Strategic Execution Conference hosted by IPS Learning and Stanford University on April 24, 2013.Her talk was impassioned, intimate, and impactful in sharing her personal narrative in sustainability as well as her commitment to creating a culture for sustainable innovation within organizational infrastructure.

Darcy spoke about her 20 year career at Nike, which included a number executive roles. When her team was approached to define the impact Nike shoe production was having on the environment and landfills—she was surprised to hear that the equivalent of one shoe of waste was created with the production of each pair of shoes, and that over the course of a year millions of gallons of oil were used to produce Nike’s various lines of athletic gear.

She set forth to shift the company from the inside. Forming a team to address social impact, they established the Nike Shambhala Initiative–an ambitious strategy to re-think Nike operations centered around aspirational sustainability goals.

The goals that Nike set were not intended to reward or recognize themselves for picking low-hanging fruit. They demanded 0 waste, 0 toxics, 100% closed loop systems and other key sustainability deliverables by 2020.

I found myself noting that the plan was markedly ambitious, increasing the chance of failing to reach those high-level goals. Darcy reframed the issue as she explained the power of transformational change.

What is makes change transformational?

Darcy shared her view that any change that seeks less than an all-or-nothing results is not transformational–and is just a matter of degree. For a leading company such as Nike, she knew that a change of degree of impact was not enough. If Nike was going to get into the corporate social responsibility (CSR) movement, it would have to do so in a transformational way.

Darcy’s talk introduced the concept of a transformational change mindset.
When we seek to transform, rather than just gradually alter ourselves or our ventures there is a different approach, mindset, and energy that is employed. It is as though we must change from within to create change in results—and the process can be transformational at an individual as well as organizational level.
The goal of creating zero waste rather than reducing waste by 50% creates a different purpose, easy measuring stick, and clearly-defined goals. These can trickle down throughout the organization. If the goal was instituted in manufacturing setting, each team of engineers would be clear that their stage of production should yield 0 waste versus and intermediate amount of waste.
Of course, sustainability is often a product of evolution and iteration. So in addition to setting transformational change goals, it is essential to provide enough time to work to that change. When the Shambhala Initiative was introduced, the goal set was 2020–giving two decades to evolve innovation and internal practices to meet the aspirational milestones.

You can take a look at Darcy speak briefly at her role with Nike in this short video.
May 23, 2013/0 Comments/by neetal
https://www.innov8social.com/wp-content/uploads/2010/09/social-innovation.png 340 340 neetal https://www.innov8social.com/wp-content/uploads/2018/05/innov8social_logo_gray1.1.png neetal2013-05-23 17:16:002015-08-01 08:13:14Change vs. Transformational Change: Darcy Winslow Explains at the Strategic Execution Conference by IPS Learning and Stanford (#StratExCon)
We know branding matters. Companies, non-profits, social enterprises, and all kinds of organizations spend time, resources, and energy building and maintaining a brand.  In these days leading to Super Bowl 2013, professional sports teams are a ripe example of importance of creating team, loyalty, and a brand to believe in.
Reading: “Brand Citizenship Rules” by Allison McGuire
But, as Allison McGuire (of Network for Good) unpacks in her informative post, there is an emerging focus on building a greater mission into the backbone of a brand. In a world of smartphones, tablets, and instant access to information—informed consumerism isn’t something you have to do before or after your shop, but something you do while you are deciding on products and services to add to your shopping cart.
Enter brand citizenship. It is the broader concept of connecting core values into all layers of an organization’s operations. Associating a brand with an experience or aspirational cause that is greater than the sum of what the organization is selling—is what consumers increasingly seek. People want to support the good guys not just with their social media ‘likes’ and ‘shares’ but with their hard-earned dollars.

“So, how can you plug in your audience to your CSR portfolio and brand identity? Start with cause,” suggests Allison, “Your audience feels good about giving to a cause they care about and your brand citizenship gets a lift. Win-win.”