You are here: Home / Blog / sustainability

A social innovator can take form in a number of avatars, including social entrepreneur, innovative nonprofit leader, corporate social responsibility lead, or associate with an impact role in a large company. A sometimes-overlooked path in social enterprise, however, is that of sustainability consultant. 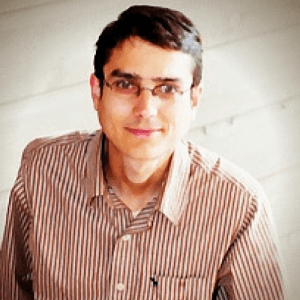 David Jaber, is such a consultant. Over the past fifteen years, he has carved out a successful path in energy efficiency site assessments, performance metrics tracking, supply-chain analysis, greenhouse gas inventories, and pollution prevention. In his interview below, David shares his experience in consulting with social enterprises and social entrepreneurs as well as the growth of the field and opportunities for those interested in this impact career pathway.David was a former Project Manager at Natural Logic before founding InNative. He serves on the board of the Permaculture Credit Union and is a former chair of TribalP2, a national pollution prevention workgroup. He graduated from Rice University with BS chemical engineering and from Berkeley with an M.S. in Environmental Engineering. He is LEED (EB)O+M accredited.

I had the pleasure of meeting David on a few different occasions during the passage of the AB 361, California’s benefit corporation legislation in late 2011. After a particular event titled “How to Become a Benefit Corporation” hosted by law firm Wendel, Rosen, Black & Dean LLP and Green Chamber of Commerce in December 2011, we struck up an interesting conversation about the growing interest in third party standards.

To put into context, after the then-newly passed benefit corporation legislation required that a benefit corporation be assessed as creating “material positive impact” by a neutral “third party standard.” So, naturally, many social enterprises considering the new structure had questions about their options on various third party standards. David and I collaborated on a post for Triple Pundit addressing the growing interest, titled “Third Party Standards for Benefit Corporations.”