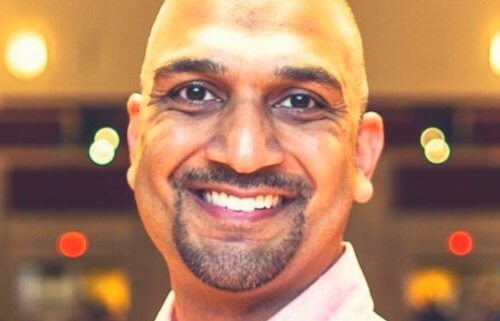 In this episode of the Impact Podcast, Innov8social founder discusses about the business models for social enterprise. Neetal mentions about the percentage model, in various resources and in the website. One of the companies that has popularized this model is Salesforce. They have implemented the 1-1-1 model, where by 1 percent of their employee time, 1 percent of the product and 1 percent of the revenue goes to social impact or non-profit.

As you might be wondering how this can be implemented in your own enterprise, today’s guest Rahul Gupta explains how he has created and implemented the percentage model in his own social enterprise.

Rahul Gupta is the founder of Big Wheel Brigade, a web application development company. They also run a code school called “Omaha Code school”. Rahul started this company four and a half years ago, but the actual thought about social enterprise started an year before. He started his first company in 2004, and there were lot of ups and downs, but things started to switch after a conference called “Big Omaha”. In that conference, Rahul met with Scott Harrison of Charity water, who spoke about social enterprise. During that speech, Rahul realized that he is not doing enough for social benefit.

So Rahul started working with a new nonprofit called planet water, they work on water filtration systems for its web presence. But Rahul wanted to do something better, and he started “Big Wheel Brigade” with his cousin Sameer. But to make ends meet, Rahul was still doing consulting work. After eight months starting the business, Rahul had to move to San Francisco, as his wife found an opportunity there. The shift changed the complexion of their work, as their rent just quadrupled. So they ramped up their consulting work, and they were billing hours and hours.

As Rahul started to get more busy with consulting work, they set out 10% of their revenue for social good. It was decided this way as there was no inherent way to do social good with their consulting work. The set out fund was used to support social good that they believed in. As their business grew, the funding grew as well.  Sameer also runs the Omaha code school, and they were able to train graduates and bring them on to Tech school.

Initially they were supporting social good, without a clear plan but starting this year they have a good plan. They spend 50% of the set out figure to support “Anti- Slavery” issues,  25% for diversity & tech inclusion and rest goes to miscellaneous. They also support organizations like “Transhack” and “Ultracomp” who supported under privileged communities.

BWB has also created a code school for underprivileged in North-Omaha, a poor part of Omaha. BWB conducts free two month code camp, for 12-14 kids in Omaha and provide them free laptops, transportation, classes from 8am to 3 pm inclusive of two meals.  They also help them to visit small and big businesses.  BWB uses some of their set out money from consulting work for running this school and rest of them is supported by local businesses.

Rahul wants to spread their social good through word of mouth and lead by example. He does’nt want to become a B-corp and using it as a marketing tool. They bring their social good inherently in to their consulting space, rather than pitching the same in a sales meeting with their clients. The impact in tech inclusion that BWB was able to create through Omaha code school is great. There are two ways BWB supports social impact 1. Setting out 10% of their revenue 2. Working increasingly with companies, that does social good.

Meet Jose Fernandez from the Global Good Fund and Learn About New Fellowship...
Scroll to top