Blog
You are here: Home / Blog / Interview / Exploring the 10,000 Hour Rule [VIDEO]
“I’m a big believer of the 10,000 hour rule” was what a fellow attendee shared with me at the Global Water Crisis Symposium which was raising awareness and funding for the Global Social Change Film Festival, set for April 2012 in New Orleans.A smile, and a nodNow, to be totally honest, I hadn’t heard of the rule so smiled and nodded at the time. We had been talking about social change film—and she shared that she had recently optioned a script with underlying social themes. Being a writing enthusiast, I was impressed and curious—how do you go from a career of consulting, running a successful business, and serving the nonprofit community to learning how to write successful screenplays! She cited the 10,000 hour rule, classes, and lots of writing as her path of choice.

There are no coincidences

And while I made a mental note to Wikipedia this “10,000” reference later, by (likely no) coincidence I heard the ‘10,000 hour rule’ referenced again the very next morning in a podcast.

It turns out that Malcolm Gladwell, of Tipping Point and Blink fame, coined the 10,000 Hour Rule in his 2008 book Outliers: The Story of Success. After studying successful, driven, and lucky individuals who have risen to the top of their fields, he noticed a similarity in the number of hours of “deliberate practice” it took for them to achieve greatness. That would be 10,000 hours or approximately 10 years.

Listen to Mr. Gladwell describe the concept and his findings to Charlie Rose here:


Does the 10,000 hour rule apply to social innovation?

Aligned with my exploration of social innovation–harnessing entrepreneurship for social good, I wondered how the concept applies to emerging fields. Gladwell’s explanation makes sense when considering violinists or basketball players because the fields feature well-established technique and renowned experts.

But does the 10,000 hour rule apply to social innovation? Absolutely. Gladwell describes outliers—those who lived outside of the norm or mainstream–and, by virtue of luck and work, managed to rise to unprecedented ranks in their fields. Essentially, they caught a ride on an emerging field, and dedicated time and effort into understanding it.

Social innovation is ripe for research, understanding, and exploration precisely because it is an emerging and evolving field. Let’s make our mistakes now, formulate best practices, and then be willing to reinvent ourselves at a moment’s notice.

Our dedication to understanding the field and our flexibility and maneuverability could mean not only new opportunities for social change but a mainstream shift in the way business is done and the role of sustainable enterprise on a global scale.

One hour at a time

I feel a sense of excitement and even relief in learning that there is no quick escape or handy shortcut to pursuing the things we find important. Instead of trying to find an easy in, we can focus on choosing the fields we are wildly passionate and intellectually challenged by, and dedicate a perfect 10K to the task, one hour at a time. 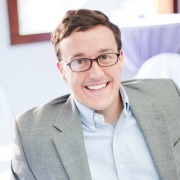 6 Things to Know About the Green Festival + 15 Ways to Score a Free Ticket!
Scroll to top