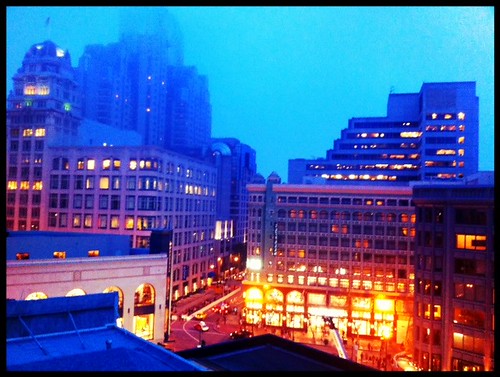 The millennials, born in the early 1980’s up to the early 2000’s, are coming of age now and may have something to do with the social enterprise boom. They are finishing up college and graduate school, entering the workforce, getting married, having kids, starting companies—and doing things in their own distinct style.

Generational research weaves fascinating narratives of trends of individuals over time. By looking at a stretch of years, historical context, lifestyle norms, economic trends, and other factors you can actually begin to paint broad brushstrokes of what defines a generation and see how that generation, in turn, impact the ones that follow.

In case you find yourself skeptical look at these descriptions of past generations, compiled by Auburn Mountain Consumer Education. They each tell a story about the values, attributes, and motivations of people born during a range of years.

There are specific characteristics of millenials that make them suited for impact-oriented enterprise. Here are a few of the

2. Open to Change. Millennials are not as bound by tradition. Their lives have been marked by arrays of traditions, cultures, and religions that have been introduced to them not only by their family, but by neighbors, friends, and through social networks. In any year a person can celebrate numerous world traditions, eat at restaurants that represent far-trotten regions of the world, and share laugh, photos, and tweets with people who are completely different from themselves. They don’t process the world through a single lens, because they’ve only ever seen it through multiple ones.

3. Self-Assured, Confident.  The millennials have each other, and need your approval a lot less than you think. They are not afraid to take a leap of faith or two, even if it means leaving stable structures such as college, jobs, or relationships. They are compelled to satisfy their inner desires—whether to achieve fame/fortune, to create lasting impact, or to do something that has never been done before.

4. Special. Millennials are the children of Baby Boomers and Generation X-ers. They were raised with the belief that they could do anything and to not compromise on their passion. Some may say that this has created a sense of entitlement in millennials and an unwillingness to have their identities tied to a job or position; however, millennials will argue that they feel that they (and everyone else) should be able to customize a work-life balance.

5. Risk-Takers. Not only are millennials not generally averse to risk, they actually seem to embrace it. They have a track road of actively innovating and re-thinking they way things are done and are largely driving emerging fields such as the sharing economy, impact investing, social enterprise, and re-thinking legal structures and policy-making.

6. Witness to the Great Recession. An interesting feature of the millennials is that they have not only been witness to the Great Recession, but have been deeply impacted by its effects. Many have had difficulties in finding their early-career jobs, have had to move back into their homes, and/or have seen their parents become uncertain about their retirement or future. The collapse of the financial system and market economy has taught millennials to be lean and to question the status quo for traditional structures for finance, economy, and medicine.

These features, taken together, give robust support as to why social enterprise and law/policy supporting social entrepreneurs has taken hold at this precise moment in time. Though a number of other factors play into the growth of social enterprise, the Millennial Generation cannot be overlooked as a driving force.

There are some excellent resources we came across in putting this post together. See below for a list of articles.

The future of social enterprise lies in the hands of the succeeding generation, literally. The post-millennial generation has grown up using smart devices and social networks. They will likely learn to text and browse the internet long before they learn to write in cursive.

And as touch is often related to feel. They will are also the first generation to truly feel some of the impacts of the influx of social media. Cyberbullying seems to already be reaching new highs while simultaneously stooping to unthinkable lows. The new generation is also seeing the impact of their parents and older siblings’ support for new equalities such as marriage equality. They may be the first generation to truly feel the lift of the inequality, prejudice, and stigma previously associated with coming out.

Additionally, they have been born into feeling the effects of guns. Murder-suicide, mass shootings, and epic debates on gun control are not a one-off in this post-millennial generation, they have becoming increasingly and alarming a reality.

For social enterprise, it is an uncertain reception with the newest generation—they already have a great deal on their plate. However, there hope that just as the differences between people of one sexual orientation or another may soon be lifted, that this new tactile generation will also be able to think beyond for-profit, non-profit, and hybrid businesses to create a more universal social enterprise that describes not only a single sector but the whole sector. 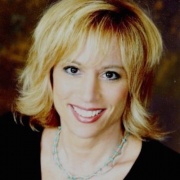 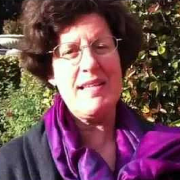 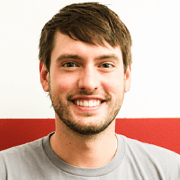 Interview with Tristan Pollock, Co-Founder of Storefront and SocialEarth [AUDIO] 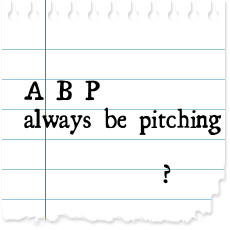