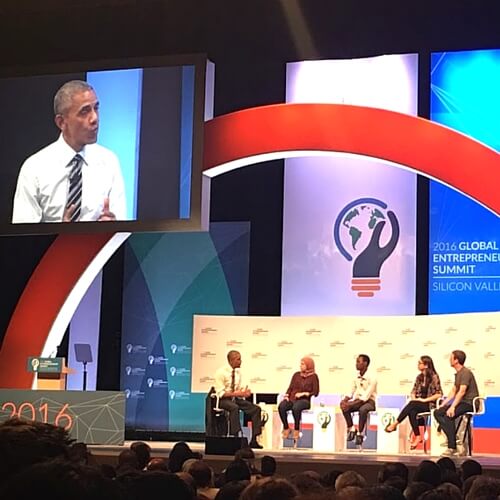 In these quiet and reflective moments after the Global Entrepreneurship Summit I have been trying to put words to thought. The three days of GES, the experience of Innov8social covering the event, seeing noted leaders from the US, Silicon Valley, and the globe; including President Obama, Sundar Pichai, Mark Zuckerberg, Reid Hoffman, Secretary of State John Kerry was a profound experience.

The opportunity to meet and interview incredible social entrepreneurs, investors, thought leaders including Leila Janah, Daymond John, Cheryl Yeoh, Kiva.org, and GES stars Kenia Mattis and Jean Bosco—all of whom who graciously joined our live podcasting— provided a meaningful way to share the experience and inspiration.

Listen to the Podcast Episodes

Now that a few days have afforded some time to reflect and act on the experience, there is more. Perhaps it is 5+ years of blogging, but I tend to think in lists. And here is one about what I learned from the Global Entrepreneurship Summit 2016 (#GES2016). 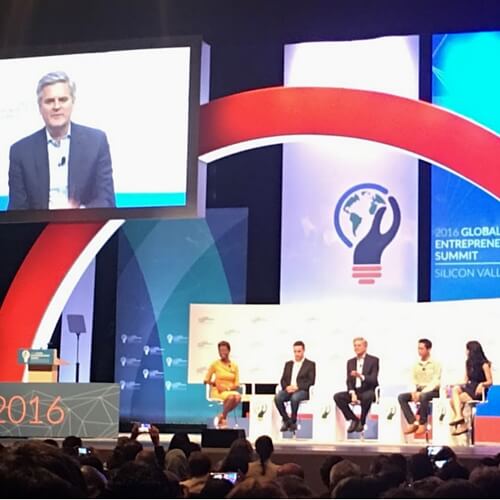 Panels and discussions that five years ago would have been happening in breakout sessions or over the water cooler among social impact-aligned delegates and entrepreneurs, were front and center on main stage. Right from the plenary session when Undersecretary of State for Public Diplomacy and Public Affairs Richard Stengel opened by saying “we are all social entrepreneurs”, to the panel discussion in that same plenary session moderated by Chamath Palihapitiya, of Social Capital, in which all of the entrepreneurs were mission-driven—social entrepreneurship was less a ‘separate kind of entrepreneurship’ at GES but more ‘the future of entrepreneurship’. For further evidence simply look to the agenda of sessions as well as the docket of press releases announced, including a host of new impact funds by venture capital, incubators, and foundations. 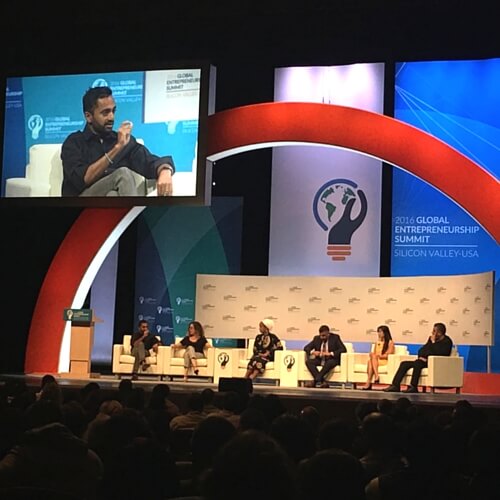 2. We Must Start Where We Are.

We heard stories from entrepreneurs in post-conflict Africa to those who grapple with multiple failures, traction that is gradual to build, lack of any type of funding resembling numbers and sources we see in Silicon Valley, and the drive to persevere from successful social entrepreneurs like Cheryl Yeoh who has been ‘the other’ by way of ethnicity, race, culture, and socio-economic background but leveraged her determination and vision to not only lead and exit a successful enterprise, but then return to her home country of Malaysia to head the country’s bold initiative to encourage entrepreneurs, MaGIC, to create new pathways and opportunities for future leaders and social entrepreneurs.

My favorite example of starting where you are is GES itself. Initiated by President Obama in his first year in office, he and his administration could have no idea that six iterations later they would have created not just an event, but an institution. With spinoffs such as the White House PAGE program, numerous announcements of impact-driven entrepreneurial, education, and investment initiatives, and beyond that, a culture of inclusion, accessibility, and possibility bring people from corners of the country and world together. He started where he was, as a new president with an innovative idea, and iteratively, that idea has grown and become more impactful over time. 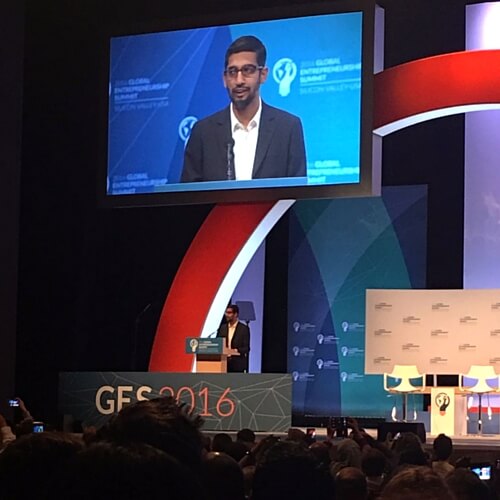 Sundar Pichai, CEO of Google, said of the future of entrepreneurship at the closing plenary session of GES2016: “it’s about more than building apps to make money, it’s about transforming industries, creating millions of jobs, curing diseases, fighting global warming, making our schools better for our children.”

Pichai ended his speech, “We’re all looking to you. The world is counting on you, and we can’t wait to see what you build next.”

President Obama continued the sentiment, “I believe in you, and America believes in you.  And we believe that you have the talent and the skills and the ambition not just to pursue your dreams, but to realize them; that you can lift up not just your own families, but communities and countries, and create opportunity and prosperity and hope for decades to come.  That’s the promise that we see in all of you.”

The world is waiting. Entrepreneurship is changing. We have been issued a call to action by our President and innovative leaders who have changed the game themselves. We are ready to go and do. 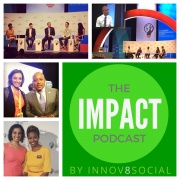 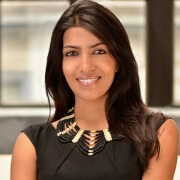