The U.S. Senate passed the CROWDFUND Act, a bill allowing average citizens the ability to invest modest amounts in emerging start-ups, by a vote of 73-26 this past Thursday this (3/22/12).We talked about this bill in earlier posts “What is Crowdfunding?“and “Crowdfunding Bill Goes to the U.S. Senate” on Innov8Social. Those posts outlined the concept of crowdfunding for investment, versus for donation (as online platforms such as Kickstarter successfully facilitate).Under existing law, the SEC only allows accredited investors to easily invest in start-ups. The U.S. House of Representatives passed a version of the crowdfunding bill in December 2011 and again in March 2012. The House’s version is named Jumpstart Our Business Startups–tidily referred to as the JOBS Act. And now the Senate has responded with passage of the CROWDFUND Act, which serves as an amendment to the JOBS Act.

A look at the CROWDFUND Act

Key features of the U.S. Senate’s CROWDFUND Act include:

It is hard to even begin to assess the potential impact of citizen investment in emerging companies. And, for social innovators, it is an exciting new juncture. We have talked in the past about citizens’ abilities to ‘decide with their wallets’ through buying from socially responsible companies and outlining new policy an legislation that supports social entrepreneurs. This new turn enabling tangible investment in new companies only underscores this concept. It can make each of us impact investors, seeking both financial and social return on our small investments.

Social entrepreneurs, it’s time to get in the know about the specifics of this legislation and become poised to act if it passes and is signed into law by President Obama.

As they say, shift happens. And sometimes, we shift + forward.

Key Points from SSIR's Webinar on Leadership in a Hyperconnected World 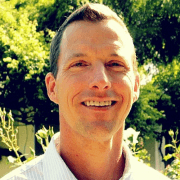 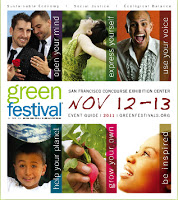 6 Things to Know About the Green Festival + 15 Ways to Score a Free Ticket!

What is Impact Investing?
0 replies

10+ Blog posts and Articles About U.S. Senate’s Passage of the CROWDFUND...
Scroll to top