Blog
You are here: Home / Blog / social entrepreneur / Meet BlendedProfit—Building Momentum for a Sustainable Economy
In whatever stage of your social entrepreneurial dream you find yourself in, there is something you may have noticed. There is a power in momentum. Here’s insight on the momentum that led to the launch of BlendedProfit and to my involvement with the new site.

Momentum. It can be challenging to build, and once achieved you have to think strategically about how to maintain, pace, or even shift it.

One interesting aspect of momentum that I have noticed is that once it is set in motion, it can actually build on itself.  I have been writing on Innov8Social for over a year this week. It has been amazing, exhilarating, and eye-opening. Parts of it have been marked by solitude and self-motivation, and others have been built on collaboration, attending events, and meeting thought leaders.

One aspect of my social innovation journey that I realized I wanted to build a few months ago, was working with a team.  I think some of our best work emerges when we work with and alongside dynamic thinkers, dedicated to exploring a field or concept from various angles.

So it was a welcome surprise when one Brian Weinberg connected with me over social networks after reading one of my blog posts. He talked about his idea about a new site featuring podcasts by thought leaders and helpful resources for social entrepreneurs and innovators (he had seen Innov8Social’s list of fellowships), and he wanted to know if I was interested and what I might be able to bring to the table.

And just like that, a wheel was slowly put into motion.

That was months ago, over half a year even. The idea was big and, in some ways, amorphous. Conversations, emails, Google hangouts, text messages, and cloud-based documents slowly chiseled it into something we could understand, participate in, and contribute to. Brian’s podcast interview with Sam Daley-Harris (former Director of Microcredit Summit Campaign and thought-leader in micro finance) was not only informative and professional, but provided a footprint of possibility for how these interviews can give useful insight on past and current social innovation efforts.

When the website mockup of BlendedProfit was released, it further fueled the momentum.

Through our connection, the entire BlendedProfit team has been inspired by Brian as the ringleader. He has taken the role to heart, welcoming ideas, infusing input, and facilitating collaboration. And if Brian connected individuals, the idea of a blended economy sustained the connections. Says Dhruva, one of the team members, “Inspiration to join the team was first and foremost Brian’s passion…In addition, I think that the blended profit economy is the most sustainable way to build the world most people would want to live in.”

It has been inspiring virtually working with dynamic individuals spanning the realm of social innovation. Here’s a snapshot of the founding team, broken down by the various section of the site:

As simply posted on the site, “Blendedprofit.com seeks to aggregate actionable resources for a community of people committed to a lifestyle that supports good business. By shifting how we interact with business throughout our societal roles, we can grow the good economy together.”

Our journey with BlendedProfit is on its way, and no doubt the months ahead will show evolution and growth in content, organization, and a better sense of how the site will engage and serve the audience.
But the journey for you is just beginning. Now is the time for you to connect with the idea of a good economy, one based both on profit and on values of sustainability, social responsibility, and environmental tenets. You can connect with BlendedProfit on Facebook and Twitter, so we can continue the journey together.
June 6, 2012/0 Comments/by neetal
https://www.innov8social.com/wp-content/uploads/2012/06/bp_logo_reversed.png 187 320 neetal https://www.innov8social.com/wp-content/uploads/2018/05/innov8social_logo_gray1.1.png neetal2012-06-06 18:47:002015-08-02 23:47:26Meet BlendedProfit---Building Momentum for a Sustainable Economy 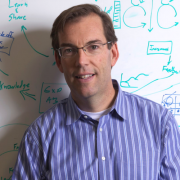 Crowdsourcing Change for Crimes Against Women in Delhi, and Beyond 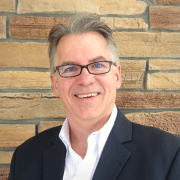 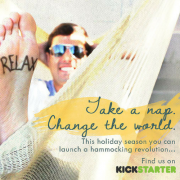 What to Know Before Launching a Crowdfunding Campaign, Q & A with Social Enterprise Yellow Leaf Hammocks