Blog
You are here: Home / Blog / social innovation / Where are the Rules for Crowdfunding for Investment?
The short answer is: ask the SEC. 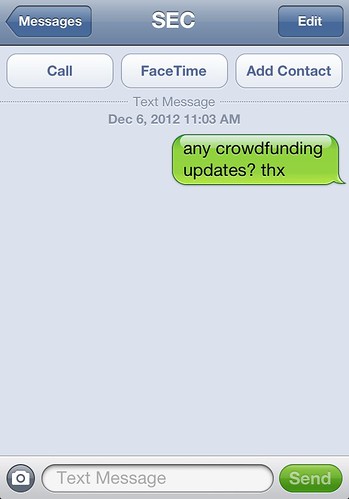 As you may have read here or around the web, federal legislation has passed that creates a pathway for crowdfunding for equity—which enables individuals (not just the qualified, wealthy individuals known as accredited investors).

Here are some of the main highlights of the history of this legislation:

There are a few amazing resources that can give you a visual, play-by-play, editorial, and contextual view of the crowdfunding legislation. Check them out:

The next stop for the crowdfunding legislation after the President’s signature, was to the SEC to promulgate rules on how crowdfunding for equity would actually work.

Where the Crowdfunding Legislation is Now?

However, since that time, Spinrad and others have reported that Schapiro will be stepping down as SEC Chair. The announcement has been confirmed by news outlets, and she is scheduled to step down on Dec. 14th 2012.

In his mid-November 2012 post for thecrowdcafe.com, titled “Dear SEC: The Right to Accept Risk Must be Ours” — investment crowdfunding researcher Jonathan Sandlund succinctly summarized parts of the JOBs Act related to crowdfunding and offered his view on how long it will take for the laws to be implemented. Notably, he said:

“Title II of the JOBS Act lifts the ban on general solicitation and advertising of security offerings, enabling companies to efficiently solicit and raise capital from a large (or small) number of accredited investors online. Effectively, Title II will kickstart crowdfunding from accredited investors (high net-worth individuals). While the SEC is well passed the Congressionally mandated deadline of July for Title II, many in the industry are cautiously optimistic that we’ll see action by the end of this year, or early next. Title III of the JOBS Act (The CROWDFUND Act) on the other hand, which creates a democratized private capital marketplace by allowing investors of all economic classes to participate, isn’t looking so good.”

Title II of the JOBS Act

what it does: lets companies solicit from accredited investors online
SEC rulemaking: was supposed to be passed by July 2012, likely to be passed Dec 2012 or early 2013

Title III of the JOBS Act 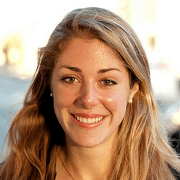 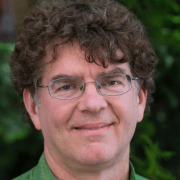 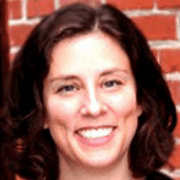 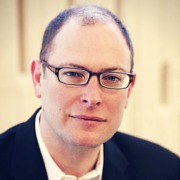