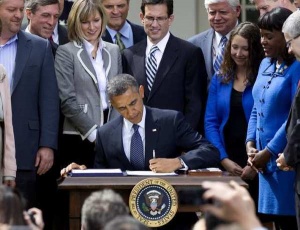 On Thursday (4/5/12) President Obama signed into law groundbreaking crowdfunding legislation that would open up investment to start-ups to anyone—not just accredited investors.

The bill reached his desk after passing with an overwhelming majority in the U.S. Senate in late March.

The news is huge and Jenny Kassan–President of Community Ventures and Co-Founder of Sustainable Economies Law Center (SELC) had this to say in a recent HuffingtonPost article, “The legislation is remarkable, as it (rightly) reverses more than 90 years of restrictions on raising capital at the grass-roots level.”

Kassan advised student volunteers of SELC when they filed a petition with the Securities and Exchange Commission in 2010 requesting an exemption to the archaic rules that allowed only accredited investors to invest in start-up ventures.

The organization’s perseverance and momentum as key politicians from both sides of the spectrum rallied behind federal legislation changing the existing law.

I had a chance to talk to Jenny about the legislation and her role in the new law in November 2011 and was impressed with her knowledge of the history of the law surrounding crowd sourced investment and her knowledge and familiarity with the bills.

It’s an exciting place to be for social entrepreneurs…with great potential ahead.

Key Points from SSIR's Webinar on Leadership in a Hyperconnected World

Where are the Rules for Crowdfunding for Investment? 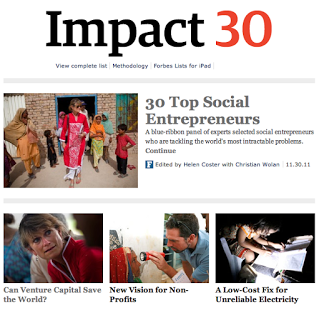