Blog
You are here: Home / Blog / Event / Recap and Top Tweets: Programming Nature, a MIT/Stanford VLAB Event on...
Under the umbrella of social innovation are the many emerging technologies that have the potential to create a meaningful, positive impact on society and the environment. Synthetic biology falls squarely into this category.

“One of the very few silver linings about me getting sick is that Reed’s gotten to spend a lot of time studying with some very good doctors…His enthusiasm for it is exactly how I felt about computers when I was his age. I think the biggest innovations of the twenty-first century will be the intersection of biology and technology. A new era is beginning, just like the digital one when I was his age.” – Steve Jobs

These words, captured by Walter Isaacson and said in a moment of reflection, are both profound and prophetic.

So what would Silicon Valley luminary and chief innovator, Steve Jobs, have said about a room full of the sharpest, brightest, most innovative minds in the field of synthetic biology talking about the future of the field?

That is what the scene was this week at the MIT/Stanford Venture Lab (VLAB) event titled, “Programming Nature” held at the Stanford School of Business Knight Center.  Hundreds of attendees filled the auditorium to listen in on experts in the field share their insights and predictions. 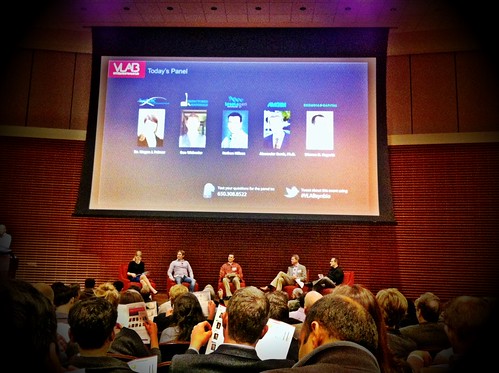 You can check back on VLAB’s YouTube Channel to watch the entire event once it is posted.

The discussion was moderated by Megan Palmer, Deputy Director of the Practices Thrust at the Synthetic Biology Engineering Research Center (SynBERC), which is housed within the Stanford University School of Bioengineering. At SynBERC, a multi-university initiative to promote synthetic biology, Megan recently organized the Synthetic Biology Leadership Accelerator Program (LeAP).

Beyond organizing and creating opportunities for others in the field, she is herself a tried and true synthetic biologist. She holds a Ph.D. in Biological Engineering from MIT and a B.Sc.E. in Engineering Chemistry from Queen’s College in Canada.

Megan provided an effective guided tour into the field of synthetic biology, highlighting the key features that make it applicable across sectors. She introduced synthetic biology as a disruptive technology—asking the audience about what the potential could be if biology could be programmed just like computer program code.

She posed the advances in synthetic biology as a either an evolution or revolution since the field has been active for some time. And, Megan spoke to her experience of spending 6 years to test one single aspect of a hypothesis as an example of how the lengthy life cycles of bioengineering can impact the time it takes to see results. Synthetic biology seeks to make the design, build, test cycle for bioengineering faster, cheaper, and better. 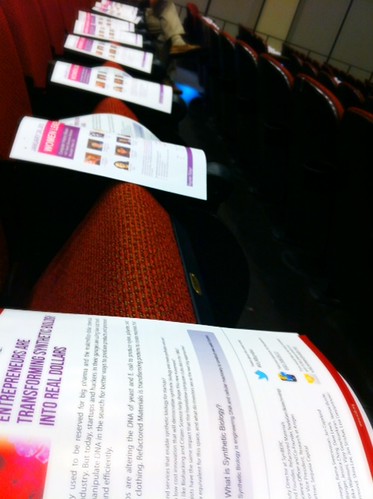 An Infusion of Innovation

The panelists provided unique perspectives and infused the discussion with examples of innovation in the field.

Panelist Dan Widmaier, CEO and Founder of Refactored Materials in San Francisco, spoke about his company’s project of simulating spider silk fibers and mass-producing. The fibers, known for their strength, durability, and extensibility, have the potential for building cars and airplanes that are aerodynamic and light, creating durable  performance apparel and gear, developing medical devices that the body may be more apt to accept, creating new offerings in cosmetics, and revolutionalizing entire industries.

Nathan Hillson, Chief Science Officer and Co-Founder of TeselaGen Biotechnology. While at Berkeley Lab, Nathan was on a team that developed j5 software, which uses advanced sythetic bioogy techniques to support DNA design and efficient assembly instruction generation. TeselaGen has licensed j5, and according to BerkeleyLab News, has over 100 scientists and companies in its beta.

Alexander Kamb, Senior VP of Research at Amgen. Alexander pointed out that DNA sequencing has had the fastest rate of change of output of any bioengineering process. He noted that the first genome sequence cost in the range of $1B, the next iterations were in the range of $100M, and now a complete genome sequencing can be completed within a few thousand dollars. To illustrate the point, DNASequencing.org shows a table of cost per Mb of DNA sequence and cost per genome.

Warren Hogarth, Partner at Sequoia Capital in addition to being a chemical engineer. He brought to light how the long cycle of bioengineering can impact the kind of investment sought. Rather than depending on manufacturing deadlines or coding restraints, bioengineering is based on the lifecycle involving designing, building, and testing.

Interestingly, the requirement that venture capitalists look to the long term is akin to the “patient capital” aspect of social impact investing, which also generally involves longer life cycles for return.

While the panelists displayed genius and creativity in sharing their views on the potential reach of synthetic biology, the night would have been even more meaningful if they also revealed its soul.

Just because we can program nature and synthesize biology, should we? In food nutrition just as there is movement to continue innovating in food synthesis, there is an equally robust movement to avoid genetically modified foods.

If biology can be programmed, so too can viruses, mutations, and destructive traits. Additionally does cloning or creating entire organisms through bioengineering create new life or is it am emulation of life?

The VLAB event, as always, was an amazing meeting of the minds—a braintrust of its own.

During this event, for those of us outside of the field who may conjecture about moral considerations of bioengineering, it would have been insightful to hear about how thought leaders in synthetic biology traverse the murky ethical dilemmas they must face at every turn. 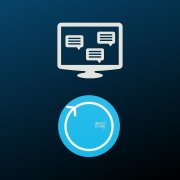 What Does a Fully Virtual Impactathon Look Like? A BTS Look

Crowdsourcing Change for Crimes Against Women in Delhi, and Beyond