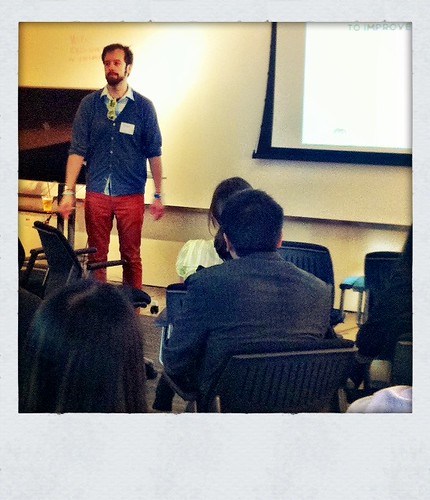 Sean started by asking a simple question to the audience… 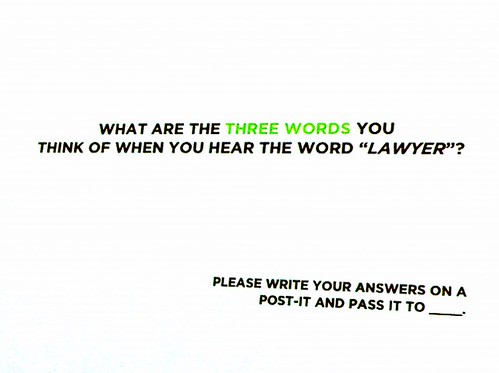 Participants were asked to write 3 words they thought of when they heard the word “lawyer” on Post-its. The initial batch of responses was small… 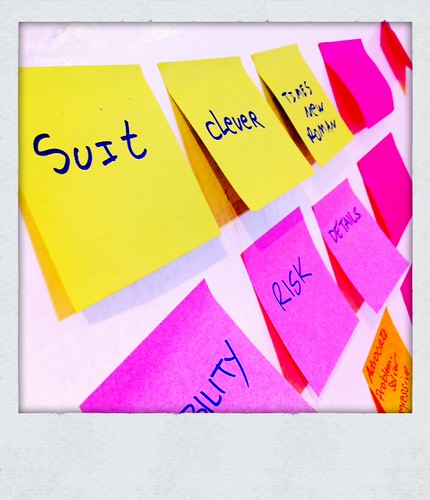 …but definitely expanded as the evening continued. 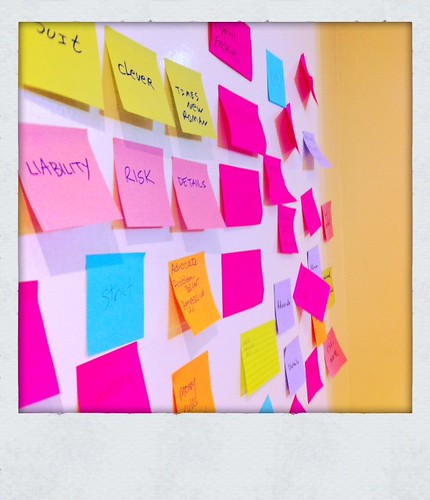 The exercise was a great example of an emerging field, human centered design (HCD).  It was especially meaningful to hear Sean’s perspective on the field since IDEO and IDEO.org have been at the forefront of developing human-centered design approaches and applying them to pressing world issues.

What is human-centered design (HCD)?

Sean explained the field by contrasting it with the traditional approach to design, which involves  planning/drawings to show look and functionality of a product. Instead, human-centered design is a problem-solving approach to innovation. Sean explained that it begins with a deep empathy with a customer’s needs, hopes, wants, etc. and helps create innovation rooted in people, and the broader context that shape the way they live.

IDEO has gained ground as a leading design firm and international innovation consultancy. Founded in 1991, IDEO has worked on such iconic designs as Apple’s first mouse, Nike sunglasses, as well as with with top global brands on organizational development. IDEO arguably became a household name in 1999 when 60 Minutes and then NBC Nightly News aired a segment about the unique process-based approach to design. You can take a trip down memory lane…

IDEO has been involved in social-sector projects for over a decade. As Sean explained, in December 2011 IDEO.org was launched as a non-profit focused on design solutions with a focus on poverty alleviation. He reiterated that IDEO.org selects projects based on their anticipated impact on society, the environment, and/or people affected.
As explained on the “About” page of IDEO.org…

What are Sean’s tips for designing for law?

Sean shared a number of surprisingly specific tips on how attorneys can begin to adopt a design approach to law.

1. Never use Times New Roman
2. Use one space between sentences, not two
3. Learn the creative suite, to make documents appealing, compelling, “pretty”
4. Use Keynote instead of Power Point
5. Be visual, i.e. use Post-Its and other ways to visually map solutions
6. Remember, you are smart + you are creative!

How did Sean go from a traditional path of law into law + design?

After completing an undergraduate degree at Columbia, Sean started his career in the Civilian Complaint Division at the NYPD. He worked primarily on drug law cases, which motivated him to pursue law school so he could reform drug laws. After law school, he detoured in to corporate law. He kept a journal during his four years as a corporate law and noticed a trend—he did not regularly interact with people, he was not happy. 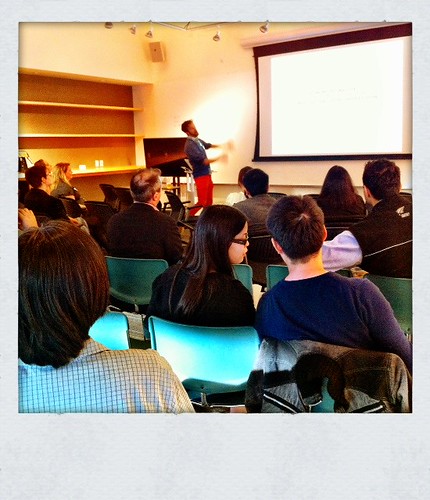 He took a major leap by enrolling in a design program, which began to influence his approach to design. He was inspired afterwards to launch a non-profit called Smallbean to put used personal electronics in the hands of Tanzanians and travelled to Africa to create a technical hub. The project was incredibly eye-opening, but left him in a difficult financial situation. He classified the project as a “failure”, noting that failure is actually a win in the HCD world. The HCD approach is to fail fast, fail early, and iterate.

So, he did.  He and co-founder Ross Lohr launched Project Repat. The premise is that 90%+ of donated t-shirts and clothing is shipped to Africa. Project Repat would enter the local markets in Africa to reclaim t-shirts and re-sell in America, with 100% of proceeds given to the local African economies. Since its founding, Project Repat has shifted focus, you can read more in the update here.

Those experiences excited Sean to take his design + law approach to new frontiers, leading him to IDEO.org

Get out there. Understand and observe. Work with other disciplines. Consider the system you are working in (or with). Make solutions visual. Prototype early and often.Don’t just be a lawyer…find opportunities to design.

+Acumen and IDEO.org are teaming up to offer a 5-week course called “Human Centered Design for Social Innovation.” Teams of 2-5 can sign up here by July 3rd. Hear Sean talk about the course below 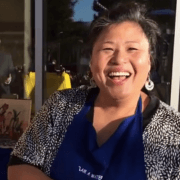 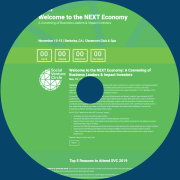 Social Venture Circle Welcomes the NEXT Economy, with Perspectives Across the Spectrum
0 replies