Blog
You are here: Home / Blog / social innovation / It’s 2015. A Year to Innovate, Ask, and Create.
Dear Innov8Social Readers,Happy 2015! It is exciting to look up at the potential and possibility of the new year.In reflecting on 2014—it was one rich with experience and growth.

What’s Ahead for the Blog

As the new year starts I am excited to jump back into writing with renewed energy. I look forward to inviting new guest bloggers to submit articles, for posting shorter posts– ‘bloglets’ if you will :). I also look forward to doing more audio interviews, and finding a few efficiencies in the process!

Book Update and What’s Ahead

The social innovation book project was an incredible opportunity to deepen learning—about not only social innovation but indie publishing too. And it was very special to garner support from a broad range of contributors. As the project progressed, we began to realize it would make sense to find new paths and independent articulations—that could do justice to our diverse experiences and visions in this space. The work continues ahead!

The Art of Asking

I had a chance to listen to the audiobook version of The Art of Asking by Amanda Palmer–an artist, musician, and TED speaker. To be honest, I hadn’t heard her band Dresden Dolls nor had I watched her TED talk. But, in listening to her tell her story, I was struck by her unambiguous message told with honesty, vulnerability, and humor—Ask. often, honestly, and authentically.

You can watch her TED talk here:

I don’t know if this makes total sense, but asking for your help in our joint book project has made me more of a book author than having actually published the book without it. Though the book remains to be realized, the intent has been deeply seeded and that desire is so clear that it has made the path much clearer too.

And when the shadow fades and is no more, the light that lingers becomes a shadow to another light.
And thus your freedom when it loses its fetters becomes itself the fetter of a greater freedom. 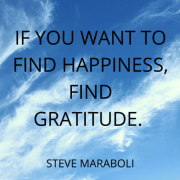 5 Ways to Be Grateful: In Entrepreneurship and Beyond
0 replies