On a rainy Saturday afternoon in early November 2011, an eclectic group of individuals and institutions committed to supporting and exploring social entrepreneur filmmaking and global water issues gathered on a sprawling estate tucked away in the hills of Los Altos.I didn’t know what to expect from the Global Water Crisis Symposium but was intrigued by its call to social innovation action. As I learned through the course of the engaging afternoon and evening, the symposium was a precursor to and fundraiser for the Social Change Film Festival & Institute, planned to take place in April 2012 in New Orleans, Louisiana.11 Key Takeaways from the Global Water Crisis Symposium

1. Think beyond your idea of a social innovator. The conference helped show a new face of social innovation. That of social-minded artists looking to find new avenues, audiences, and forms for their art and observations of world issues. Global Symposium panelist Charles Hambleton of the Academy-award winning documentary “The Cove”, was representative of the deep impact that social filmmakers can make as social innovators.

2. Social entrepreneurs know that risk means opportunity. If a product-based business is risky, there is equal (if not greater) risk in committing time and resources into creating an issue-based film. But as I am quickly noticing, social entrepreneurs see every risk as an opportunity for learning and growth—whether the venture is embraced in success or sinks to the ocean floor, risk is the truest catalyst for humble, deliberate learning. Stories of filmmakers and social innovators—such as Michael Nash (creator/director of “Climate Refugees” and “Fuel)– on panels at the Symposium carried this theme to new heights, and depths.

3. When in doubt, there is probably a consultant who can help. A number of speakers and panelists at the Global Water symposium mentioned their roles as consultants. Consulting firms such as Cause & Affect have worked with clients to reframe issues and find unique ways of achieving success. Sometimes when we hit a wall with our social innovation ideas, we may feel like we can’t afford to invest in outside consulting; and I am noticing that if we are truly serious about our work, these situations might be exactly the time to seek outside assistance. Answers only matter when they respond to questions we actually have.

5. Social entrepreneurs are only beginning to tap the potential of online video. It is an unprecedented time for film. Overhead costs can be kept low while distribution can be maximized using free online platforms like YouTube. Instead of reaching limited audiences, films can reach millions. And hearing about the revolutionary work of Social Change Films, the organizer of the Global Water Symposium, exemplified the efforts to continue to explore the potential and reach of film through online video. 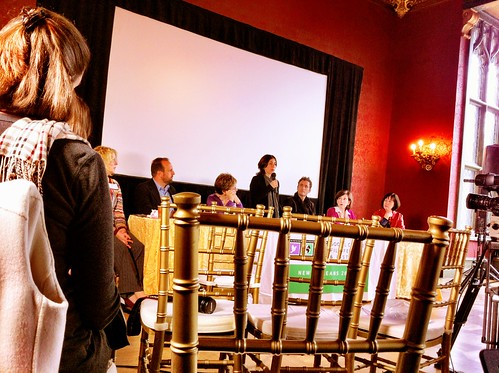 6. Social film is effective when it tells a compelling story. The importance of story-telling was emphasized at the Social Media for Nonprofits SF conference and was reiterated here. One of the creators of the television series “Heroes”, Tim Kring was on-hand at the Global Water Symposium was to relay how effective storytelling was a central premise for his multimedia endeavor “Conspiracy for Good” involving gamification, film, and a compelling good v. evil narrative.

7. Global water issues tend to disproportionately affect women and girls. The film “Carbon for Water” was screened at the Symposium. The film relayed how lack of clean water impacts livelihoods in rural Kenya, and through its interviews and images it showed how women and girls are particularly affected by the clean water crisis. Since fetching water falls under the traditional duties of women, the burden of travelling long distances to find resources to locate and distill water often falls on women and girls.

8. The externalities of not having clean water include deforestation, lack of education and health issues. In Kenya, as “Carbon for Water” portrayed, many Kenyan women walk far distances to forests, collect wood, and then use the wood to burn fires to boil the water. The process accelerates the rate of deforestation, leaves women potentially vulnerable in secluded wooded areas, and precludes many girls from attending school, simply because fetching wood often takes the much of the day.

9. Seek creative ways to tell a story. Compelling stories can be told in words, images, sounds, film, architecture. They can be told chronologically or through flashbacks, using third person narrative voice or through interviews. Though storytelling is a key tip to relaying a social need and social innovation, the way a story is told may be as telling as the story itself.

10. Scalability is a huge factor in determining economic viability of a water crisis solution. A panelist from BluePlanetNetwork spoke about the need for thinking of ways to bring ideas to scale in light of the organization’s goal of enabling safe drinking water for 200,000,000 people in the next 20 years. While local efforts may alleviate localized water problems—making a broader impact requires scaling solutions to meet diverse communities and to serve multiple needs.

11. Youth can do anything. While we attended the Symposium, a parallel youth track with few high school students took interviews throughout the day and then worked with established filmmakers to edit the footage to create a brief documentary. It was an impressive effort, and a reminder that youth—with their ability to embrace new technology and their genuine curiosity—  are often the ultimate change agents.

Infographic: How Can We Generate Social Innovation?

5 Social Innovation Resources I Learned About at #SOCAP13 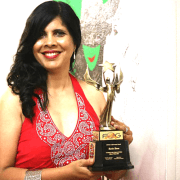 Back with Nyna Pais Caputi, Impact Filmmaker to Talk About Life After Film Release

Crowdsourcing Change for Crimes Against Women in Delhi, and Beyond
1 reply